CEO WARS: MICROSOFT
Welcome. This is a resource page with all the business reality that PETERSON TEIXEIRA is going through involving Microsoft, The Big Tech Company. Since in our time many businesses are under Monopolies and Duopolies, it’s important to show the realities of business sabotage, in this case, by Microsoft. Business sabotage is a real thing in our world, however it doesn’t hit the news much since this subject impacts business deals, business relationships and ultimately, a business’ bottom line. Wealth. And the ability to succeed since money is going to fewer hands and companies. Which also means that many are afraid to speak out due to fear of not getting another job, or another customer, or having a way of supporting themselves. However, we have truly reached peak levels of business sabotage, including by Microsoft. Therefore, this resource must exist to warn other businesses and entrepreneurs. Naturally, this resource page will be constantly updated and/or corrected to prevent any misleading information and to maintain a good, reliable list of the truth about Microsoft. With a bit of entertainment.

THE CEO WARS: MICROSOFT LIST
The Links below are just so you can jump straight to the card, its content and comments.

CEO WAR #1
Because MICROSOFT THINKS it can freely do business sabotage and use it to maintain its business success and all kinds of cute “control” REASON FOR THE WAR:
Since 2015, Peterson Teixeira has been working really hard, fighting and struggling to market his business online to get customers. Naturally, building an online business also involves blindly trusting your own Operating System company since it is the business responsible for providing all the OS infrastructure so businesspeople can just worry about doing the hard work. As a hardworking entrepreneur, Peterson Teixeira has been using his Windows Machine for most of the work published on PETERSONTEIXEIRA.COM in the past 5 years, but caught some strange features and behavior on Windows by accident. After publishing The Global Financial Crisis Manifesto, more things came to light and he switched to Linux. Since Windows is about 75% of computers worldwide, and part of the infrastructure of many businesses and solopreneurs around the world, some truths now need to be shown. Because it’s clearly proven by now, that infrastructure provided by Big Tech is not to be trusted. Whenever necessary, infrastructure to sabotage rising competitors and businesses is also there. 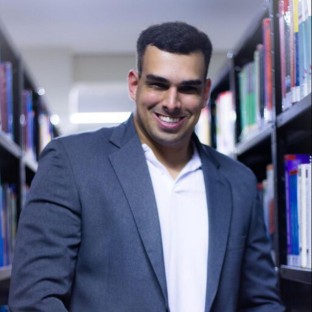